Alt Season And Tips To Spot It On Time

Crypto markets are governed by a concept of seasonality. You would think that this has something to do with winter bear runs or sudden drops that are often referred to as crypto storms. However, this is not the case.

Crypto seasonality is the belief that Bitcoin will rise and fall in circles, drastically affecting the overall crypto market. When Bitcoin begins to rally, dominating the price charts and outperforming altcoins for a prolonged period, it is called’Bitcoin season.’And when altcoins. outperform Bitcoin for a significant duration, it qualifies as an’altcoin season’ or’alt season.’

What signals the onset of alt season?

Altcoin season is marked by a period of fading Bitcoin Dominance along with rising altcoin market capitalisation. The current Bitcoin dominance stands at 43 percent and is moving in tandem with the altcoins, which means it is neither season at present during the overall crypto meltdown.

3. Currently ongoing since mid-April 2022 – Bitcoin dominance has increased from 40.76 percent to 43 percent (it touched 47 percent at one point)

Why does an Altcoin Season occur?

1. Asset Transfer: When the price of Bitcoin has significantly risen, investors looking to book profits might sell their BTC in the open market and enter positions in under-valued altcoins. triggers start of an altcoin season.

2. Developments in the altcoin space: Many new blockchains are developed with enhanced capabilities and functionalities that have useful applications. When investors believe that the use cases will drive the blockchain development to new highs, they immediately start redirecting their funds toward these altcoin blockchains, for example, the popularity of NFTs in 2021 set off a long altcoin season.

How can investors spot an Altcoin Season?

According to Cointelegraph, there are a couple of indicators that could signal the beginning of an altcoin season:

1. ETH / BTC Price Movement: The Ethereum blockchain was the first alternate blockchain to come into existence after Bitcoin, making Ether (ETH) the first altcoin. Therefore, most altcoins are known to follow the price action of ETH, which reacts the quickest.

Cointelegraph recently published an interesting chart tweeted by aliased Twitter user Plan_DeFi, which compared the present ETH / BTC price movement with that from 2016-17. The pattern formation hinted that the next upcoming altcoin season could begin as early as July 2022 and last until the end of the calendar year.

2. Altcoin Season Indicator: Data from Blockchain Center shows that only 29% of all altcoins are presently outperforming Bitcoin. Until this number reaches 75%, the market is firmly wedged in a Bitcoin season. 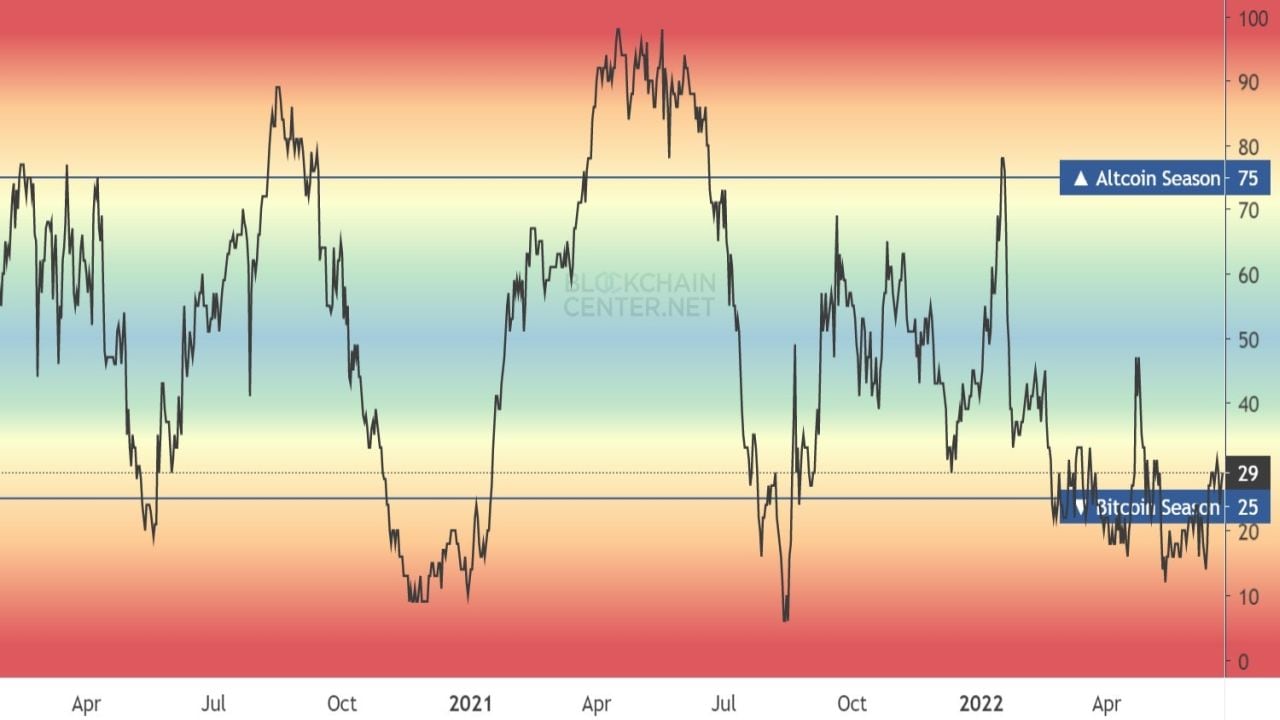 While this indicator is not enough in itself, it is undoubtedly helpful in spotting developments that could signal the beginning of a trend.

3. Altcoin History: Another Twitter user operating under the pseudonym El_Crypto_Prof, shared a chart that mapped the market capitalization of altcoins over time. It clearly indicates when the turning points appear.

Here’s how the chart looks: 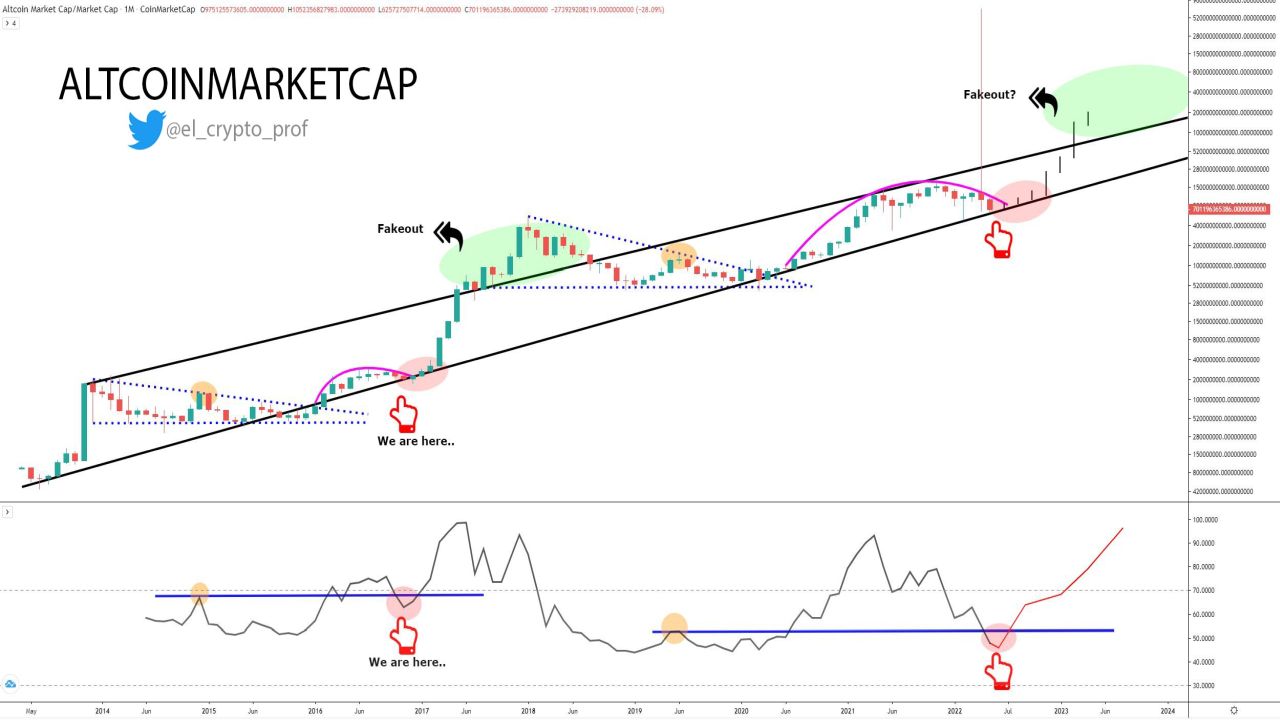 “When it comes to altcoins, I can see the following scenario playing out. There are just too many similarities with the previous cycle. RSI also looks incredible. The next wave up will leave many behind,” the user wrote in the tweet.

The above 3 indicators together paint a vivid picture of the ongoing crypto season and provide a reasonable amount of data to make an informed decision about what may follow.