Positive sentiment among Binance Coin, PancakeSwap, Theta and XRP holders has increased in light of what could become the new altcoin season. Analysts are predicting massive gains in altcoins, following Ethereum’s lead after the Merge is completed.

Ethereum, the largest altcoin in the crypto ecosystemis heading towards its most anticipated event – ​​the Merge. final date of the event. The two-part procedure is scheduled to begin on September 9.

The Merge will trigger Ethereum’s transition from proof-of-work to proof-of-stakea consensus mechanism that is key to the altcoin’s holders and the crypto ecosystem. uncertainty surrounding the outcome of the Merge and the narratives of a hard fork in Ethereum, analysts believe the event could trigger a massive rally in altcoins. According to the official blog post, the Merge upgrade will be complete by September 20. The Two parts of the event will reach completion between September 10 and 20.

Based on data from crypto intelligence tracker Santiment, holders have a positive sentiment on Binance Coin, Pancake Swap, Theta and XRP. This coincides with the beginning of the altcoin season and implies a price rally in cryptocurrencies likely once the Ethereum Merge is successful.

Santiment uses the metric “weighted sentiment” to score trader sentiment towards a cryptocurrency. This considers the on-chain metrics and social sentiment among crypto traders holding a given asset.

The weighted sentiment is the highest for Tron (TRX), Binance Coin (BNB), PancakeSwap (CAKE), Theta (THETA) and XRP. Check the chart below for one-day and seven-day average sentiment among holders. 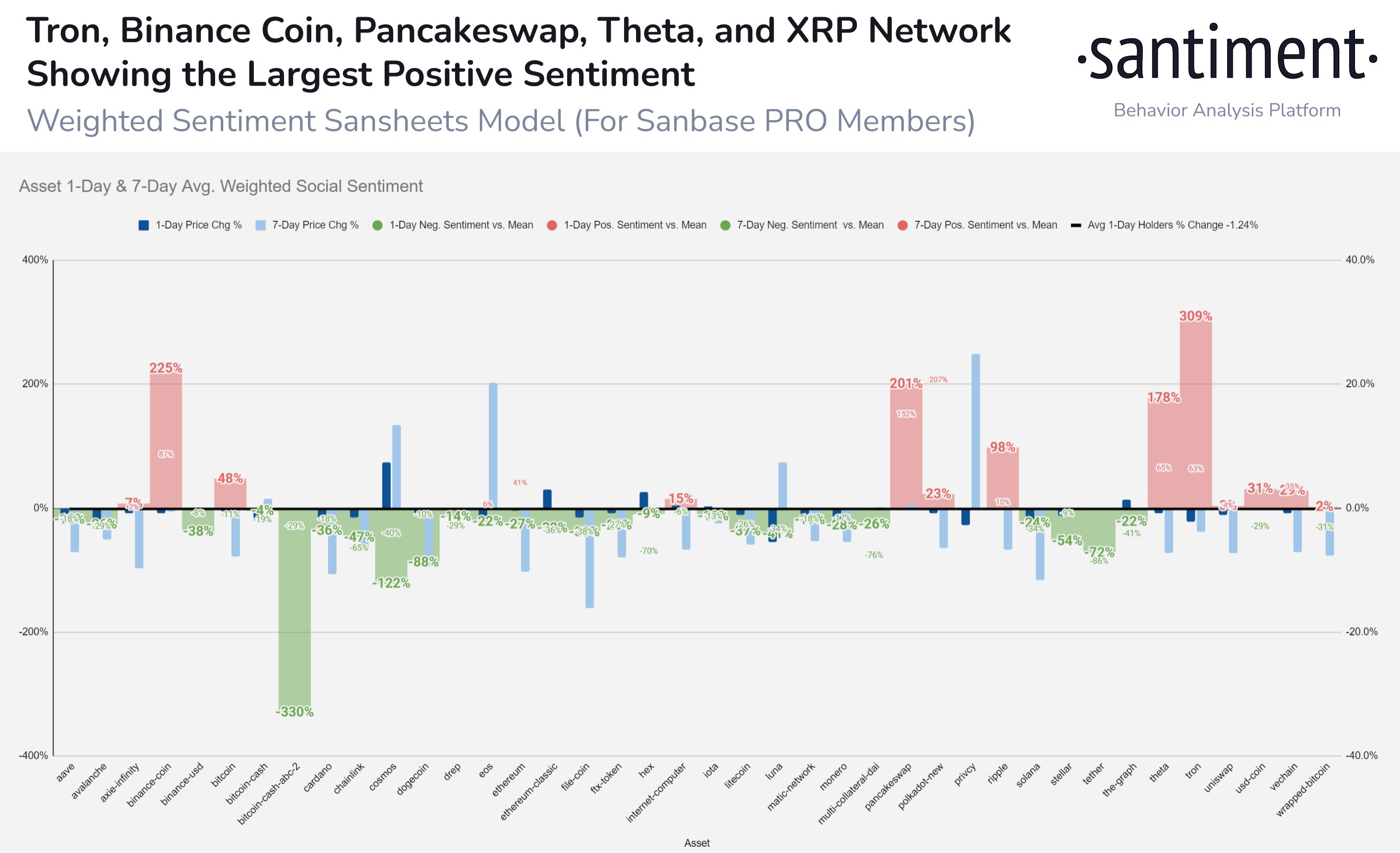 Analysts at Stockmoney Lizards, a Twitter handle that presents crypto analysis, believe there are several similarities between the current correction in altcoins and previous ones from 2018-2021. These similarities imply that a breakout is in the charts for altcoins in the ongoing cycle.

In the chart below, analysts have highlighted the similarities and predicted a massive uptick in the overall crypto market capitalization.