Will ETH Relief Rally Revert From $1300?

Eleven consecutive red candles on the weekly timeframe chart reflect the dramatic decline in Ethereum (ETH) prices. In addition, the coin price tested total support for $ 1000 and 0.786 Fibonacci retracement. This defeated the losing streak at this week’s Green Candle. However, the buyer’s struggle to regain nearly $ 1,300 in resistance suggests that the bear is still in charge. 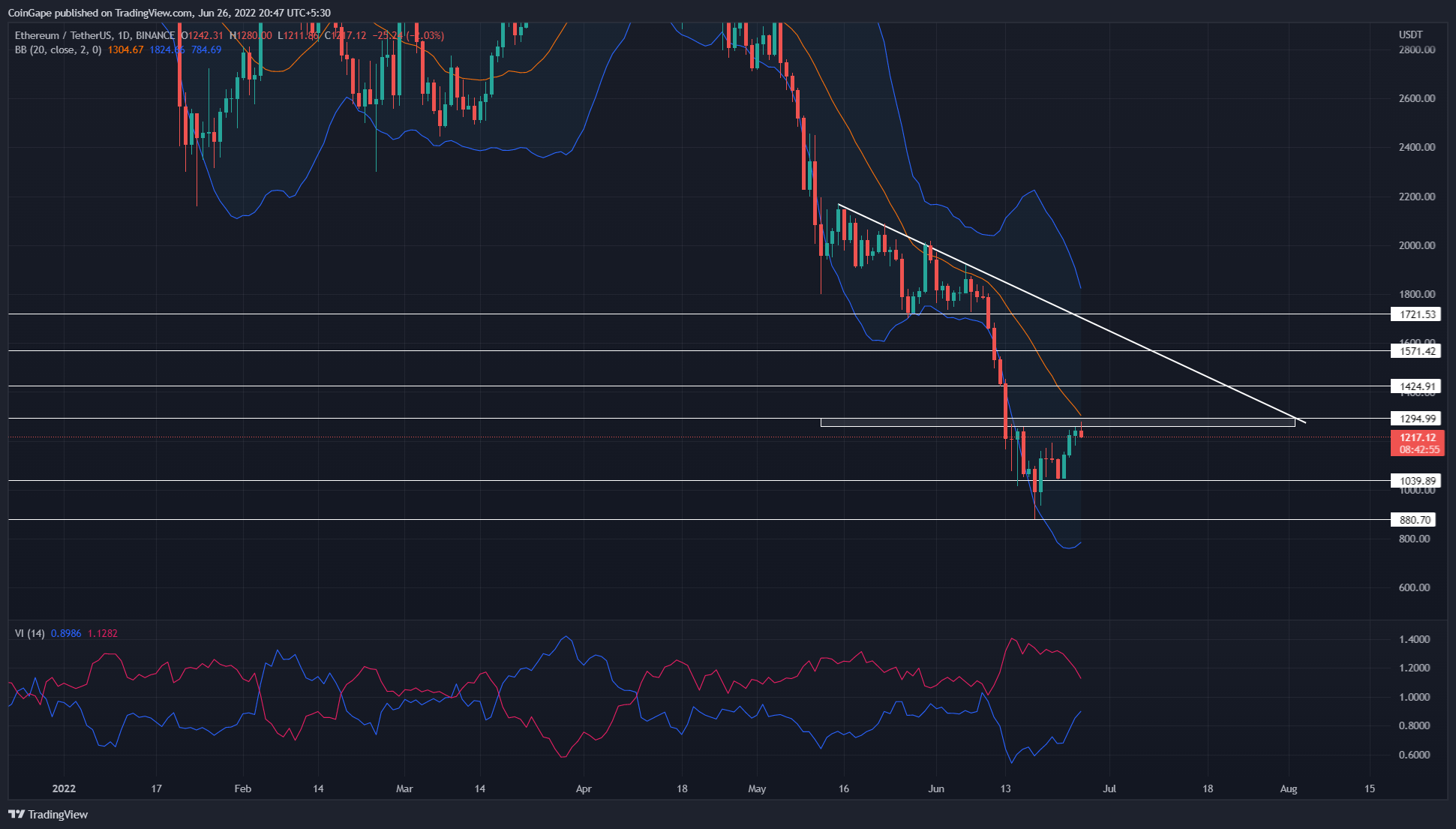 Selling in the second and third weeks of June expanded the general downtrend to a low of $ 896.11. However, ETH prices control weekly candlestick closings above $ 1000, indicating that buyers are defending this psychological level.

In addition, ETH prices have shown a rebound in relief to immediate resistance of $ 1,250, despite a very volatile week. However, altcoin is down 1% today, indicating a long-term refusal due to the aforementioned resistance.

This rejection suggests a depletion of bullish attempts to raise the ETH / USDT pair. Persistent selling pressure could plunge coin prices by 15% and retest the $ 1000 mark.

If this theory turns out to be true, it’s still early to say that the ETH price has bottomed out at $ 1000, as the possibility of fallout remains on the card. Therefore, more data is needed to verify the sustainability of altcoin beyond this support.

The midline of the Bollinger Bands indicator is aligned at $ 1,300, highlighting the possibility of a reversal. ETH price trading below this neutral line shows that bears remain dominant.

However, if the VI + and VI-lines of the vortex indicator are close to each other, it indicates that the bear has lost momentum. This suggests that buyers can manage to defend their $ 1000 support.

For the last five years I have been working in journalism. I have been following Blockchain & Cryptocurrency for the last 3 years. I have written about various topics such as fashion, beauty, entertainment and finance. Reach out to me at brian (at) coiningape.com

The content presented may include the author’s personal opinion and is subject to market conditions. Do market research before investing in cryptocurrencies. The author or publication is not responsible for your personal financial loss.

ImmutableX Breaks Out Of Downtrend, Can Price Rally To $1?

Ren Protocol Breaks Out, Is This Be A Relief Bounce?